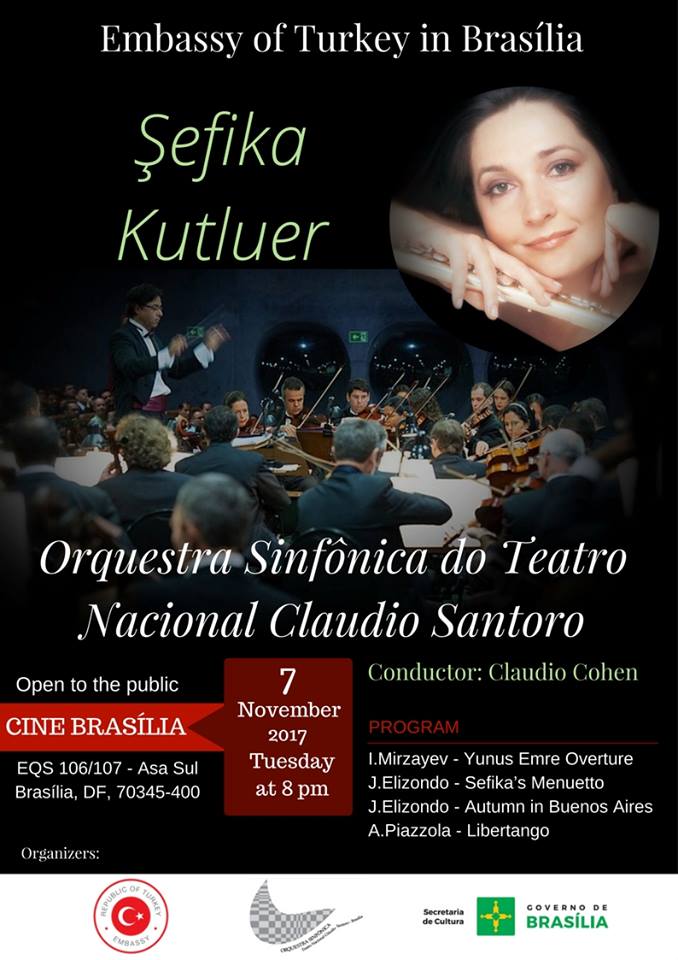 The Embassy of Turkey in Brasilia will present a unique performance by the internationally renowned Turkish flutist Sefika Kutluer. The concert is being organized along with the Orquestra Sinfônica do Teatro Nacional Claudio Santoro, under Maestro Claudio Cohen.

The event will be held on November 7th, at 8 o’clock, in Cine Brasília and it’s open to the public.

Known as the “Magic Flute”, Sefika Kutluer has performed on various international TV and radio channels. As one of the most celebrated flute soloist, her work receives wide appraisal. She has a large repertoire extending from the Baroque to the Romantic period and from mystical music to cross-over works from the East and West. She has released 17 albums recorded with orchestra, piano and guitar accompaniment. 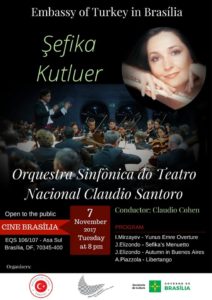