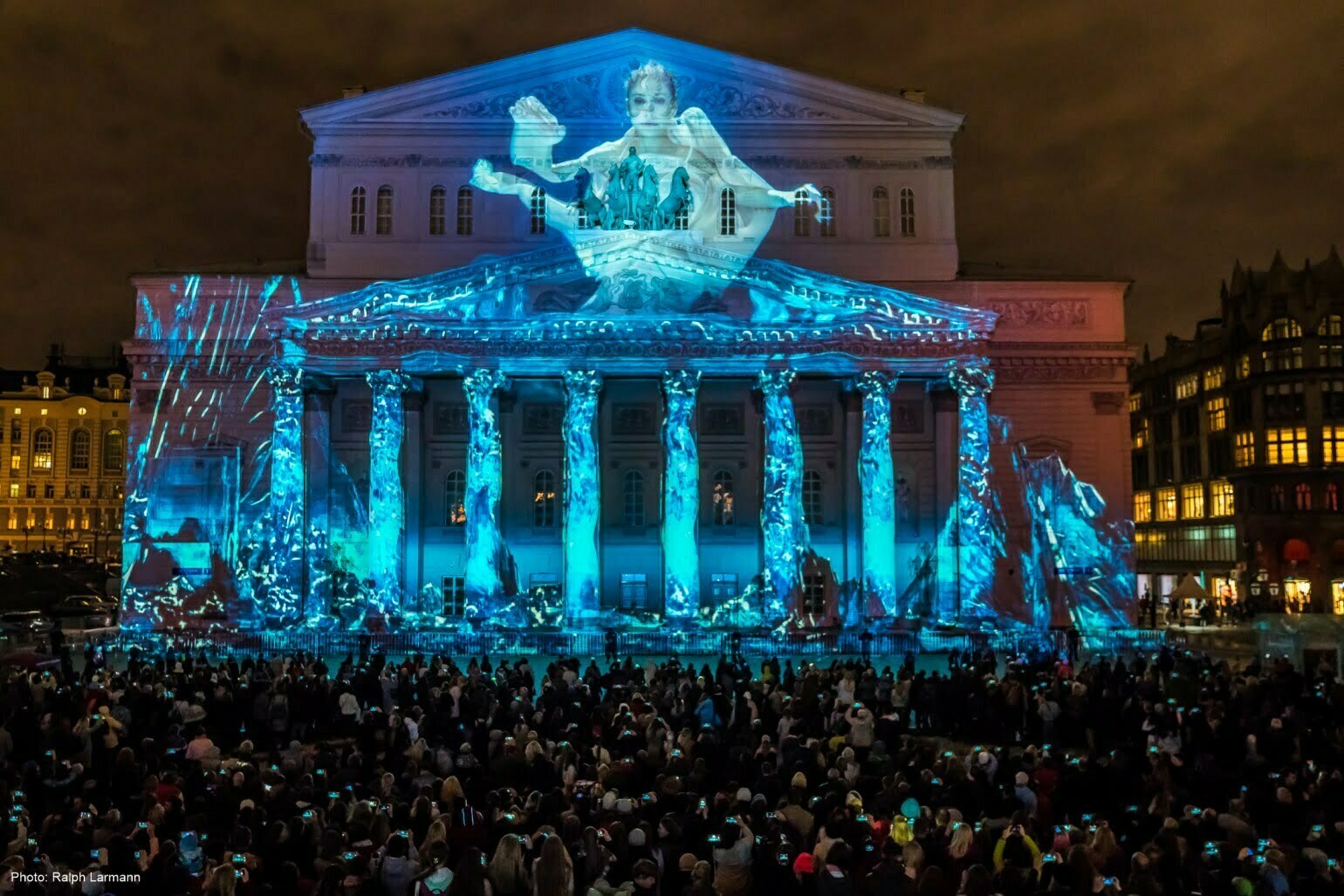 A significant event and a tourist pearl of the Moscow autumn, the Festival awaited by the citizens and visitors of the capital every year – the 8th Circle of Light International Festival is going to become the most striking open- air event.

The Festival is opening on September 21, 2018 with a multimedia show which is called the Carnival of Light at the Grebnoy Channel. The show will tell the audience а mysterious story of a wandering festival coming to the city at nightfall giving a show to the citizens and leaving with a dawn. Festival goers will be able to enjoy reruns of the Carnival of Light on September 22 and 23.

The closing show of the festival will take place on 25 September 2018 at the same place, Grebnoy Channel. It is dedicated to the Russian-Japanese cross year. Spectators will be amazed by a 40-minute show of Japanese Hanabi famous for its uniqueness, beauty and size. Big caliber shells will be used in the show while the biggest ones will burst in half a mile effect in sky!

During the festival the allegoric light novel about Spartakus, his fight for personal freedom and spiritual liberation will be shown there. Also you will be able to watch two thematic light shows of the previous editions: Celestial Mechanics and Timeless; as well as finalists’ works of ART VISION Classic Competition. Circle of Light in Moscow Parks

Two Moscow tourist places will become festival sites for the first time in a history of the Circle of Light, there will be Kolomenskoe Museum-Reserve and Museum of the Great Patriotic War at Poklonnaya Gora. Moreover the festival will traditionally illuminate Tsaritsyno Park.

Kolomenskoe Museum-Reserve invites everyone to its space of impressions. Kolomenskoe park will turn into an amazing magic world. Park visitors will see fabulous masks and mysterious animals coming to life, fantastic trees bearing golden fruits, Cinderella’s carriage turning into a pumpkin while Ole Lukøje will invite everyone to the Dreamworld.

The light novels dedicated to Military history of Russia and Moscow will be shown on the façade of the Museum of the Great Patriotic War at Poklonnaya Gora. Also guests will enjoy the 15-minute VJing performance accompanied by music and songs of the Second World War.

In the days of the festival the Tsaritsyno Palace will become amazing space of light. This year not only the well loved waltzing fountains on Tsaritsyno Pond will fascinate the festival goers but two brand new performances, which will be shown on the façade of the Grand Tsaritsyno Palace. One of them is a story of a bird, which will make a journey to the world famous places together with the audience. Another is an audiovisual show about the future world where nature and technology coexist harmoniously. The futuristic theme will be amped up by BIONIC PORTAL light installations harmoniously blended with the natural environment of Tsaritsyno park. Using the AR technologies it will be easy to scan installations with camera of mobile phones and watch animals of ecosystems of the future world on the screen.

On September 24 on stage in front of the Grand Tsaritsyno Palace there will be a music concert of Dmitry Malikov, the People’s Choice Artist of Russia that will be followed by video projections on the façade of the Palace. This year Tsaritsyno will be also a site of ART VISION International Projection Mapping and Vjing Competition. Entry works passed to the finale of ART VISION Modern Competition will be shown on the façade of the Grand Palace. Saturday night, on September 22, at MIR Concert Hall fans of club music will witness the battle of VJs coming from all over the world to compete in Art Vision VJing Nomination.

At the educational program on September 22-23 at Digital October Center light designers and video artists will share their experience in producing large scale projects, talk about traps and pitfalls of the organizing process, and discuss technical innovations and current trends. The program will consist of workshops, round tables and lectures. The admission to all festival venues is free. Events at MIR Concert Hall and Digital October Center are open for visitors but the pre-registration is required. Registration will open two weeks before the start date of the festival at lightfest.ru/en