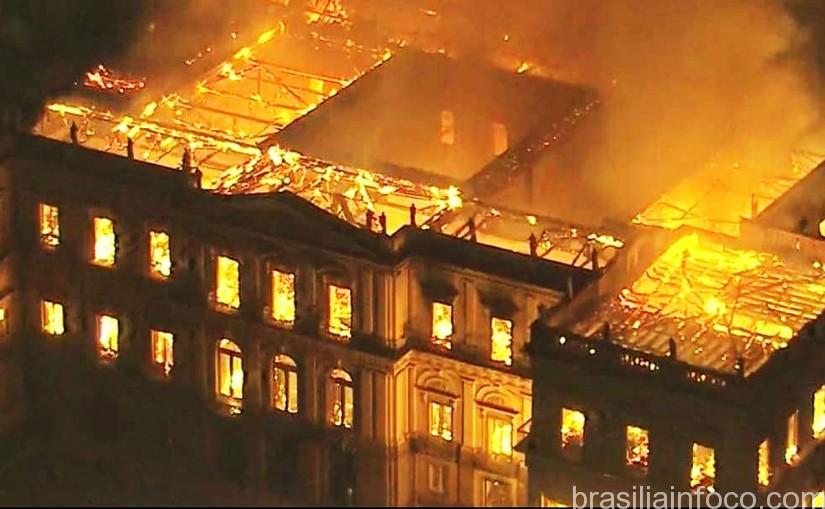 Major pieces of Brazil’s scientific and cultural heritage went up in smoke on Sunday night, as a devastating fire ripped through the   National Museum located in the Brazilian City of Rio de Janeiro. Founded in 1818, the museum is Brazil’s oldest scientific institution and one of the largest and most renowned museums in Latin America, amassing a collection of some 20 million scientifically and culturally invaluable artifacts.

The Museu Nacional’s holdings include one of South America’s oldest human fossils, as well as the bones of uniquely Brazilian creatures such as the long-necked dinosaurMaxakalisaurus. Because of the auction tastes of Brazil’s 19th-century emperors, the Museu Nacional also ended up with Latin America’s oldest collection of Egyptian mummies and artifacts.

But now, the fossils, the Egyptian collection, the museum’s invertebrate specimens, and more artifacts housed in the main building are probably destroyed. The museum’s fish and reptile specimens, herbarium, and library were housed separately and are thought to have survived.

It’s not yet clear how the fire started, but it did begin after the museum was closed to the public, and no injuries have yet been reported. Firefighters worked through the night to douse the burnt-out shell of the main building, but it seems the blaze has already seared a gaping hole in many scientists’ careers.

They were unique as it gets: Many of them were irreplaceable, there’s no way to put a monetary value on it.”