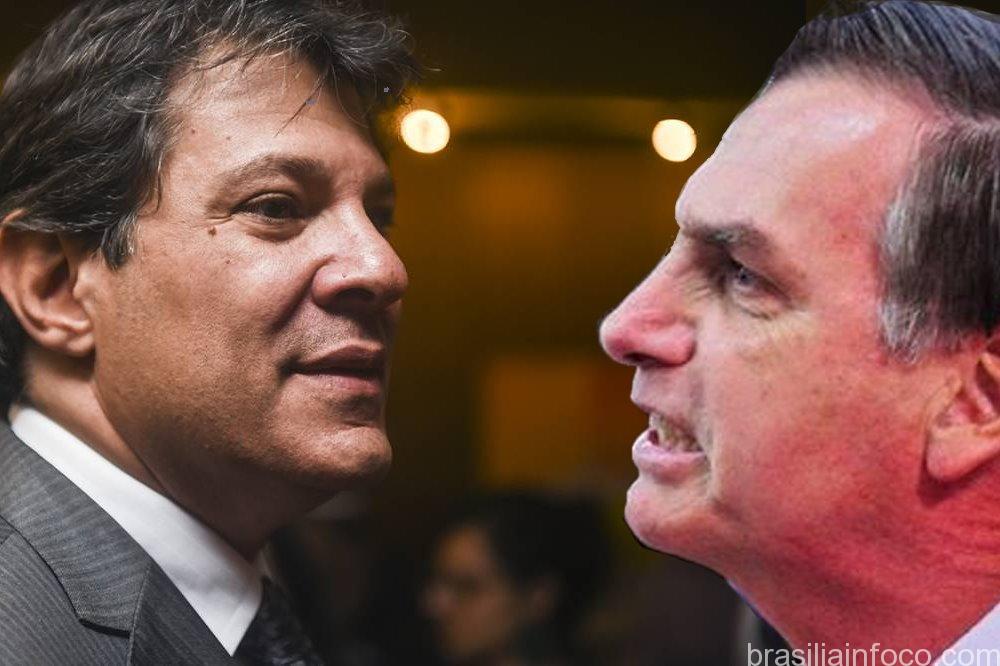 A far-right candidate who has spoken fondly of Brazil’s onetime military dictatorship came close to an outright victory in the country’s presidential election on Sunday, as Brazilians expressed disgust with politics as usual and endorsed an iron-fisted approach to fighting crime and corruption.

Voters delivered a first-round victory to Jair Bolsonaro, who had stunned the political establishment by rising to the top of a crowded presidential field despite a long history of offensive remarks about women, blacks and gays.

With 99.9 percent of votes tallied, Mr. Bolsonaro had 46 percent of the vote; he needed 50 percent to avoid a runoff.  His rival finished  Haddad far behind, with 29 percent.

With the presidency in sight, Mr. Bolsonaro said Sunday night he intended to unite a nation that is “on the brink of chaos” and said, “Together we will rebuild our Brazil.”

Brazilians will now vote in the runoff election on Oct. 28 between Mr. Bolsonaro and Fernando Haddad, the leftist Workers’ Party candidate. The two men represent radically different visions for Brazil, the world’s fourth-largest democracy, where leftists have won the presidency in every election since 2002.

However strongly Mr. Bolsonaro performed on Sunday, he remains an extremely divisive figure who alienated large segments of Brazil’s highly diverse population during the campaign. Critics of Mr. Bolsonaro and political analysts have watched his rise with alarm, fearing he could become an authoritarian leader ,Before running for president, Mr. Bolsonaro, a former Army captain with little to show for his seven terms in Congress, faced federal hate speech charges for homophobic, misogynist and racist comments. He also spoke with admiration and nostalgia for Brazil’s military dictatorship, during which many people  were killed or disappeared and thousands were tortured from 1964 to 1985. . He has said he intends to appoint other military leaders to central roles.

Mr. Bolsonaro’s first-round victory was all the more remarkable because he lacked the backing of a major party and campaigned on a shoestring budget, relying mainly on social media to build a base. As of mid-September, the Bolsonaro campaign reported having spent about $235,000, a small fraction of the $6.3 million the Haddad campaign disclosed having spent.